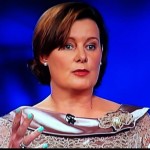 Debt is the single biggest issue facing the Irish people this century both on a national and European stage.  When history comes to be written the issue of debt in our time will be as big an issue as the famine was in the 19th century. And ironically, the misery caused by both – the deaths, suicides, emigration and homelessness – are utterly preventable.

We know that we hold 42 percent of the debt from the banking crisis in Europe. We also know this is wrong, that this is an unjust debt, an odious debt.

The current government was voted in three years ago with an overwhelming mandate to renegotiate this debt but they did nothing. They did not even ask for a single cent back.

This is why I want to go to Europe to right that wrong. 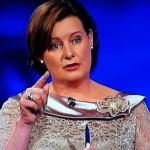 Why should you send me to Europe? I have personally felt the impact of austerity in a real and painful fashion. Last year the banks repossessed my home, my business failed and bailiffs called to my door. I tried the Insolvency Service but I was too broke. I was forced to go bankrupt. But as I hit rock bottom I started fighting back. As a bankrupt I was not allowed to run for public office so I took a case against the government in the High Court claiming my constitutional rights were being infringed. As soon as I had a trial date, the government backed down and rushed through the law to allow me to run. On April 16, 2014, I changed the law.

Now I want to go to Europe to fight the odious debt, the haemorrhaging of billions into Europe that could be used to stop the suffering and misery here.

In short, I have the tee-shirt, the experience and the passion to make a difference.

Vote Jill and send me to Europe.