first printed in the Sunday Independent on February 2, 2016

Jillian Godsil, who wrote ‘The Cougar Diaries’, has interviewed people about the impact of ‘Fifty Shades of Grey’. With the film adaptation of the book about to hit our screens, she reckons men in the audiences could be in short supply 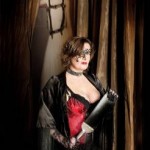 PRIOR to the publication of Fifty Shades of Grey, what might be considered deviant sexual practices were not discussed at the dinner tables the length and breadth of Ireland, much less practised in the bedroom. But following on from the book’s publication, the conversation went mainstream and in between the sheets.

I started interviewing people and talking about the impact and found to my empirical knowledge that sex had mushroomed in Ireland. Taxi drivers, hotel porters and bartenders – the true barometers of Irish society – were having more sex than ever before and the women were driving the train.

And now, the tale is coming to a cinema near you. Somehow, I don’t think this is going to be the ultimate romantic, first-date movie. In fact, I don’t think it will even mimic the Sex and the City experience where groups of women dressed up as their favourite character in the sitcom, drank cocktails and strode around town on impossibly tall heels.

We all know Fifty Shades has sold in huge numbers (about 100m and counting) but I am not sure how the transition from reading erotica to watching erotica on screen will play out. The former is normally a very intimate affair, the latter a public experience.

Then there is the question of appropriate fashion – will the ladies all bring their favourite piece of bondage equipment with them? And I say ‘ladies’ for I don’t think there will be that many brave male souls accompanying their partners to see the film. And for those guys, about to take that plunge, I salute you now gentlemen!

It is hard to believe that the novel was published only in 2011. The book, and the accompanying phenomenon, covered new ground, old ground and some very dodgy ground, but one thing is for sure, kinky went mainstream and there is no closing that particular drawer.

At the beginning of the Fifty Shades excitement, a number of elements were said to be behind its success. The first was the popularity of online book stores and electronic devices such as the Kindle. People no longer had to go into a book store and actually ask for a book – buying erotica or dirty books in the noughties was still like buying condoms in the last century, a shameful act that required much steeling of nerves. Now, the same purchase could be done seamlessly online. And even better, once purchased, no-one could tell what kind of book you were reading – it could be history, non-fiction or erotica.

But while the anonymous purchasing and reading may have propelled the initial interest, soon actual physical book sales were outstripping or at least equalling online sales. In the summer of 2012, it seemed impossible to fall over anyone on a beach not reading the same book. .

But then there were tales of the book being left behind in hotels. Travelodge published a report that said EL James’ book topped the list of most discarded books, which may not upset the millionaire author, but it does beg the question, will the audience react in the same way in the cinema?

For every one person I met who loved the book, I met one who hated it and was unable to finish reading. Will we see streams of people leaving halfway through, like a poor showing at an indie film festival?

The writing was inspired, as we know, by Twilight fan fiction and it shows: with every inner goddess, subconscious dance move and references to those jeans hanging off his hips. But my biggest criticism of the book is also my biggest compliment to it – the role of women and its impact on women.

Ana, as a character, I hated with a passion. I hated her for three major things. The first was that she travelled hundreds of miles to interview a businessman, but never did any research before stepping into his office – instead she relied on her friend’s notes to conduct the interview.

There is one question at the end of her friend’s notes which asks if Mr Grey is gay. Ana, this supposedly intelligent woman, cannot read the question in her head without blurting the three words out loud.

This was in the opening chapter, and I think this is where my frustration set in. Why do attractive female protagonists have to be so stupid?

The second was the fact that, as an unlikely virgin at 21, Ana proceeds to have effortless, countless, mind-blowing orgasms with Mr Grey. It would appear she has clitorises all over her body, which makes her a medical wonder.

The final nail in the coffin, for me, was her rejection of presents from her boyfriend. I have to say render unto Caesar and all that. If I am dating a mechanic, then a bunch of garage flowers is lovely; if I am dating a billionaire, then a first edition book is very thoughtful. Or maybe I should have watched Boy Next Door (2015) where JLo is given a first edition Illiad by the eponymous anti-hero. Who is the foolish one there?

So will the Mna of hEireann watch erotica on the big screen now that Fifty Shades is being painted on the big screen? Yes – if only to brush up on their knot-tying techniques. Gentlemen, you have been warned!

Jillian Godsil is a Master’s student in screenwriting in IADT, freelance journalist and author. She has published a quintessentially Irish trilogy of feminist, activist and comic erotica under the pen name of Aoife Brennan and entitled ‘The Cougar Diaries’, Parts I, II & III, which is available on all good electronic devices. She blogs on real world stuff at www.JillianGodsil.com