Today as we enter lockdown here in Ireland we are also waiting for the surge.  So many new terms for our condition; social distancing, cocooning, washing hands, not touching our face, and of course the surge. In a matter of days my perception of the world has changed. Daily, I search online for news, mostly news of deaths, across the world. Nightly, I wait for our own account of new cases and new deaths. And recently when watching television, I shuddered when I saw a normal gathering of people – too close too close I thought – and I physically recoiled when two people hugged on screen.  Suddenly two metres is the new norm.

As a young teenage I loved history and studied it in Trinity. I particularly loved World War 1 for many reasons including the innocence, the heroism, and the misplaced notions of patriotism. In a war fought over a tiny principality the reality was far from any notion of fighting for good, whatever that might mean anyway. I studied stories in the trenches, about the boredom and then the going over the top. I read one story of a young captain who brought his football to the front line. When they went over the top, he kicked the ball ahead and charged after it – but died in a matter of minutes. Oh the sheer folly of everything.

Even as I studied the history of World War 1, I also shuddered in fear about my own three brothers, thanking the heavens that they were not alive during that time. Living in peace was good.

Of course, I never thought that I would have to fear for my two sisters, nurses both. In this crisis, they are on the front line. And unlike nurses working in a war zone, the patients are the very thing that might kill them, carrying COVID19 into the hospitals.

Before the surge we all wait. It reminds me of scenes before battle, such as beautifully done time and again in Game of Thrones. The characters talk, share jokes and connect. Of course, with social distancing this is only possible if you are in household with others. Many people are alone.  Many are in WhatsApp groups – so many WhatsApp groups.  Many more are volunteering; this a joy to behold. The ultimate irony is that when you are asked what did you do for the crisis, a perfectly acceptable reply might be – I stayed at home.

The world is upside down. 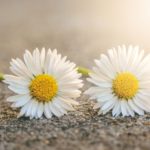