It is wonderful to see mental health issues being talked about in the open. Last week on television, footballing brothers, Ian and Gary Kinsela, launched 32countyjerseys in memory of their brother Jonathan and in aid of Pieta House. Another Dublin footballer Paul Flynn said talking about mental health was pivotal to dealing with it. If he had a hamstring injury he would go to the doctor, so why not a mental issue?

This is a huge step forward. The TV3  interviewer Aidan Cooney, being a man of a certain age, said that talking about mental health was very much frowned upon when he was growing up.  No one would dare say they felt under the weather or needed a hug. It could be misconstrued in a number of ways, and none of them were welcome.

A couple of years ago, I was involved with a Twitter-based initiative called #Depressionhurts run by the admirable Norah Boran and Alan Lavender and through the programme people shared their stories of mental health issues. It was the first time I came across the term ‘the black dog’ which has since become a keystone in describing depression. I remember vividly one man wrote about the randomness of the black dog, how it might appear and stay for a long time before it went. How no amount of being told ‘to pull himself together’ would have any impact whatsoever on his condition. It was an insight into another world and I am very grateful for the chance to understand. I also believe that as we talk more about mental health issues that the shame and fear associated with identifying them and treating them lessens. It is all about coming out – it is hard for shame to thrive in the daylight.

This week too sees the launch of a very popular, annual men’s rowing calendar in the UK. The Warwick Rowers calendar is a bit of a byword for male eye candy; a male version of the Pirelli bathing suit calendar. Only these rowers don’t wear any clothes at all. They are naked. The first calendar was published in 2009 and the purpose is twofold. The first is to raise awareness of homophobia. This year’s centrefold is quoted as saying through the experience he had met many people of the LGBT community and was honoured to be part of the calendar. The second purpose is to raise money for Sport Allies, a charity aimed at ending discrimination and bullying of homosexuals in the sporting world. 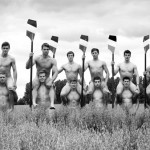 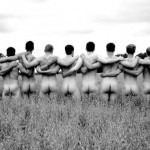 Normalisation of sexual orientation is to be welcomed. If young people can see role models embracing diversity, especially the Warwick rowers, then the accompanying shame and bullying can be overcome. Coming out and overcoming shame, especially if you are not gay, is brilliant.

Shame can be a force for good – if the actions are worthy of shame. Last month an unrepentant Rolf Harris mocked his victims by showing none. But shame applied unjustly can be much more damaging. The shame applied to mental health issues or to homosexuality for example. Or what about the shame applied to debt?

It is estimated some 300,000 households are in mortgage arrears right now. People brave enough to put their head above the parapet and confess their inability to repay their debt are routinely called greedy. Or in more extreme cases accused of not paying their debts on purpose; which is a form of inverted thieving. As a bankrupt I get a lot of reactions to my condition. One woman, a very well-meaning woman, told me that she was brought up to pay her debts. It was only as I travelled home the enormity of what she had said struck me. She was putting me, and the other 300,000 non performing mortgage holders, into the same boat. We were now people who had been brought up not to pay out debts. How had the moral compass moved not only for me, but for the other 300,000 people in arrears? Had we all somehow morphed into artful dodgers?

The answer is of course that our moral convictions had not changed. We had not somehow put aside the tenets of honesty, truthfulness and responsibility. If one person catches a cold, it may be considered unfortunate, if an entire village is laid low, then it can be called a plague. This is a global financial endemic where banks have become too big to fail and where bank debt is socialised but profits still retained internally. The financial system is broken and history will write a very different account than the current peddling in popular journals.

The shame heaped onto people in debt is misapplied. Debt happens. And then sometimes it happens so much that the person cannot repay it. Fact. It is also a fact that ordinary people will lose things if they cannot repay their debt – their homes, possession and income. But they should not also lose their health and their self-esteem. If you are rich and become bankrupt, the unjust system means you hang on to your lifestyle. If you are ordinary and in debt, you can lose it all. But not your self-esteem please. It is only money after all. Let’s shine a light on shame and with whatever money we have left, let’s all buy the 2015 Warwick Rowers Calendar.