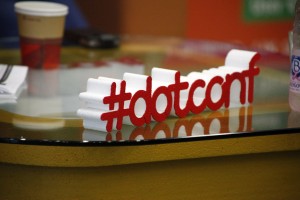 What a conference. This is the third annual dotconf run by the National College of Ireland. It’s all about the web, people in it, doing stuff with it, making stuff for it or simply using it. 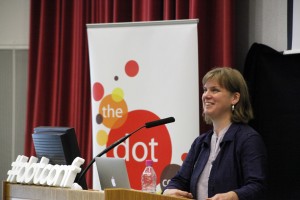 I can honestly say I have never sat through a more interesting day packed to the brim with interesting people and speakers and thoughts and ideas. The MC was Karlin Lillington from the Irish Times and she was super, enthused and delightful. She told us there were more mobile phones than toothbrushes in the world. Some fact huh?

We had Mark Congiusta, and no I still can’t pronounce his name either, from Cisco on the User Experience. That was funny. He mentioned toothbrushes too I think. Then Randall Snare from iQ Content who has apparently read the Pilgrims Progress, she was pretty much on her own in that regard. Curly Dena, or Dena Walker from Irish International was very funny too. She pointed out that if people tell you digital is complex, it’s not. It’s just stuff, more stuff that we hadn’t had before. Then Kirstie McDermott from Beaut.ie who told us about Badgers, hot ones. Another theme for the day, even Eamonn Carey of Kiip was talking about them too. Badger faces in his case. Spooky that.

I attended Darragh Doyle’s talk in the Deepdive. From WorldIrish, he stressed if you can be nice, be nice. Now, that’s a definition of a gentleman from when I was brought up. Nice!

Monty Munford from Mob76 cursed his way through his 20minute talk, but then he has done lots of drugs and been a Bollywood actor so that is allowed. Rosemary McCabe was very funny on TV Twitter and how she loses followers every time she tweets on Made in Chelsea: we couldn’t figure out why. Piaras Kelly, Edelman, talked about Trends and how podcasts hadn’t really taken over the world and wondered if Twitter would instead. And we had a powerful keynote with Bill Liao, co founder of the Coder Dojo movement. He said a lot of good things, imponderable things, but did not mention halibuts or toothbrushes or badgers.

And I had my eight minutes of fame too, talking about life, technology and getting up each day (a practice learnt intuitively by toddlers but sometimes needed to be relearnt or hard coded for adults under pressure). And I left my audience and I would like to leave the readers here with my mother’s motto: “Every onwards and upwards, maybe sideways but never backwards” 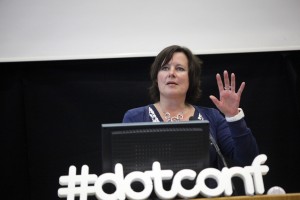 Stop! Do not attempt to escape! 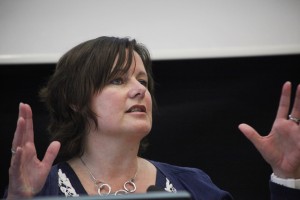 It was THIS big! 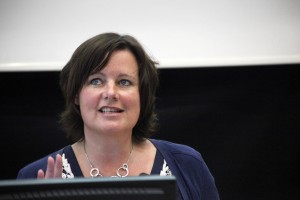 Here is my link I’m at minute ten! 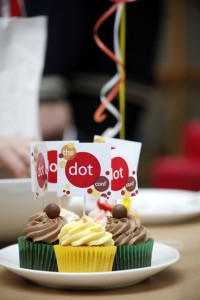