Get off your bottom and do something!

I wrote a short piece about the global phenomenon that is Kony 2012. It ran in www.GoodMenProject.com on March 10, a few days after the video was released. In that article I decided not to mention the criticism of the project or the charity behind it. Any global initiative that involves a viral video with 70million hits in three days and climbing, war lords, the American military, child soldiers,Africa and money is going to attract its fair share of knocks, trolls and copycat videos. So I made a choice and did not include these criticisms. The main reason being I applauded the charity who were actively working on a cause and value system that they believed in. I still do. The third point I made in the article was the Kony 2012 campaign is all about doing something, anything to make the world a better place.

Doing stuff – why not?

I personally am heavily involved in an equine charity and have been for the past ten years in a voluntary capacity. The charity, The Irish Horse Welfare Trust, rescues and rehomes abandoned horses, retrains racehorses for secondary careers and provides education on equine welfare, often for communities in very deprived areas. It also lobbies for reformed legislation to protect equine welfare in Ireland. Recently I was accosted for my involvement. I was lectured on using public money for looking after broken down horses and that a bullet would be a better option for many of them. I was also castigated on trying to educate the deprived kids on equine welfare as they would continue to do drugs, get into trouble with the police and they didn’t love their horses but only traded them.

The person had some very valid points. I rebutted the comments but I knew I would not change their mind. Yes, some of the horses rescued were in a very bad state and perhaps it would be better to have shot them in the field rather than bringing them back to the farm for expensive veterinary care. But for every horse that did not make it, there is another recovered and rehomed, and living a happy and useful life, perhaps as a companion horse, or a sporting horse, but giving joy to the new owner.

Then to the kids. The charity also works with young people in deprived areas. Ireland has a tradition of horse ownership in urban areas, often coinciding with communities that are in constant trouble with the police. The charity has run programmes with these kids for the past four years. These kids come from very seriously deprived areas. They, or their families, have been incarcerated for drug dealing, guns and robbery. The future for these children is not very bright and school attendance is very low. Yet, the equine welfare programmes run at schools and teenage levels are well attended. The older attendees sit exams and have formal qualifications at the end. If even one child ends up with a career in horses as a result, while the other nine stick to drug dealing, then that is a success. 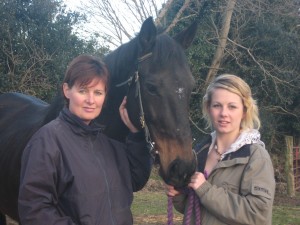 Jillian and her daughter with Jaguar Claw, now retired from racing and jumping

So while the detractor has many valid reasons for why supporting this charity is a waste of time and money, I still believe in it. I believe also my children are better for having embraced less than perfect horses – we have three rescue horses in our care. Not that I can afford expensive horses anyway, but loving and working with imperfect horses, horses that otherwise would have gone to the factory, is a huge education in itself.

Another criticism of the Kony 2012 is that it is in Africa. Many people feel that charity should begin at home. I agree in part, but more strongly feel that charity should begin. It doesn’t matter where, at home, next door or in Africa, but yes it should begin. Some five years I worked very closely with an Irish woman who ran a number of orphanages in Russia. Again I worked pro bono with her for three years. I also sponsor a child, indeed I have been privileged enough to have met Julia when she came here on a holiday four years ago. We had no language in common and the meeting itself was terribly awkward. I had notions that she would say ‘Mama’ or something and we would communicate with looks as in the movies. Actually I did a lot of hand gestures and repeated myself and she just giggled. Still, we met. Despite my changed financial circumstances I continue to financially support her. My eldest asked me how we afford it, I answered how could we not afford to support her. There is no welfare state in Russia and if I stop funding her education, then no one else will step in. I made her a promise and even if she didn’t understand a word I said, I’m going to keep it. 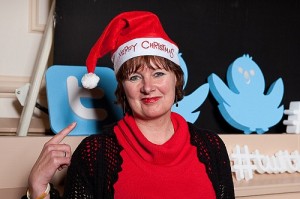 Let charity begin, at home. Yes, it does and can. Last December a tweet went out in Ireland for a rival Christmas song to the now traditionally manufactured X Factor chart topper. Within 24 hours, the tweeter had 140 volunteers, of which I was one. Within a week, several hundred people all made their way to a Dublin hotel where we laid down tracks for a Christmas single. There was a choir, soloists, musical director, musicians, a band, recording equipment, everything needed to make a single. The chosen charity was the neo natal unit of theNationalMaternityHospital. A week later the single was mixed and released on itunes. We all tweeted furiously, let it trend, let TwitterXmasSingle trend. And it did for a bit. We even entered the Irish Music charts at number eight. For a week I was a pop star, well okay in the choir of a charting single, and all the proceeds, every last cent, went to the baby unit. A happy Christmas and a world first.

Of course, not all charities have happy endings. The week after the single was released, another tweet went out. This time for Depression Hurts, Christmas being one of the hardest times for people in trouble and need. So, a film was shot through volunteer resources. The crew and actors and technicians were all assembled within a week. Afterwards, we used the film and publicity to highlight a manned 24 hour twitter account over the ten days of Christmas. It was a very stressful time and the service was used by a lot of people, and included one major manhunt for someone thought to have taken their life. That particular action included police in Ireland and theUK. The man was found safe in the end. A happy ending in this case, but the twitter account was inundated with people at the end of their tether. We still don’t know how many we didn’t manage to help. 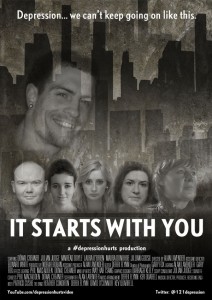 I learnt more about depression and suicide in those weeks leading up to Christmas. I have infinite regard and respect for those dealing on the front line. It is such a complex and heart breaking area, especially when suicide is successful.

So what am I saying? I am no expert on African war lords, the Russian welfare state, Irish criminals and drug dealers, equine legislation, being a pop star, acting in a film or depression and suicide. I am an average person leading an average life but who is trying to help where possible. I get off my bottom every day and some days I do great things, other days I just survive, but I do.

Doing is very important. Doing is what matters.

Footnote. Since writing this piece, I understand that the Kony2012 filmmaker, Jason Russell, has had a mental breakdown. I expect the criticism of the video may have pushed him over the edge. The video, while the fastest viral video in the world, may have come at a very high price for the charity and for Jason, but not for the children I hope.

Posted in Musings on my time on this planet ..., Uncategorized.