first printed in IrishCentral on December 14, 2013 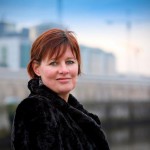 The New York Times has thrown cold water onto the success story that is Ireland. It has challenged the public perception peddled by Irish politicians that we are the ‘good boy’ of Europe and that ‘austerity politics are serving us well’. In fact, nothing could be further from the truth and what is emerging today in Ireland is a two tier society with the those in control enjoying large pensions, fat salaries and ‘top-ups’ to their income, while the middle classes have largely been eradicated and along with the poor are faced with stealth taxes; taxes applied universally so that proportionately the less well-off are hit harder.

Emigration numbers are at famine levels, suicides now number two a day and some 40percent of all households have no disposal income at the beginning of each month.

I can personally attest to the direct impact of austerity on Ireland and I can see no light at the end of the tunnel.  Six years ago a perfect storm of divorce and recession left me with a mortgage of €1million on a house worth half that. I accumulated huge legal fees (my divorce lawyer for half the proceedings was the current Minister for Justice, then a serving TD) in the region of €100,000. My once successful business crumbled away under the strain and I had the unedifying and deeply upsetting visit from bailiffs to seize goods. I kept on thinking I could go no lower. I had moved out of the family home, a Georgian manor house once valued at €1.65million, four years ago into a rented two bedroom cottage with my two children.  My ex-husband returned to the UK and went bankrupt in the much more tolerant laws there. In a year he was cleansed of his debts. The upshot was that I in turn was responsible for the entire debt of €1million. I tried everything to recover but it was too much for me.  I made a video to sell the house in 2011 which went viral and I received a cash offer of €500,000 but the banks refused consent to sell. They preferred to repossess the house which they did in August of this year. It was sold two weeks ago for less than €160,000. Sadly under Irish law I am still liable for the debt despite the disposal of the underlying asset.

Struggling to find some way out, to try and regain my place in society again, I waited with eager interest to the new Insolvency Service launched in September 2013 to handle to debt time-bomb of middle Ireland. However, these new laws are clumsy and inefficient and moreover the banks have veto over any settlement. In an ever more bizarre turn, you have to be well off to enter the service. I am literally too broke to avail of the new laws – despite having pro bono representation from the debt advocacy group Irish Mortgage Holders Organisation (IMHO)

Last week new bankruptcy laws were introduced and I am again at the top of this queue. The new laws have reduced the duration of the bankruptcy period from 12 to three years and cut the fees in half. I am with IMHO tomorrow and hope that I can be bankrupt by Christmas. It is an ironic observation that I am looking forward to being bankrupt but I so want to try and start my life again. I have spent six years in financial wilderness and it is not pleasant.

What does it feel like to have debt that cannot be cleansed – waiting for the banks to engage or the government to bring in laws to help the struggling citizens? I liken it to dragging a stinking corpse of debt around with me. The debt fills my brain and I can think of little else. Everything is a struggle. It takes so much energy just to be, let alone to live. People say you can’t get blood from a stone, but I reply ‘try being that stone’.

I was filling in yet another set of forms today in preparation for my meeting tomorrow. I record my modest income and the miss-match with my outgoings. I list my assets – but I am not sure that a ten year old fridge freezer can be considered an asset. I list my debts but I am guessing now at the final amounts as interest has been piled on interest.  I tell myself I came into the world with nothing and I shall leave it in the same unencumbered fashion, but it would be nice to hang on to some possessions along the way.

Last winter we had no home heating fuel and the children watched television under duvets. We don’t eat out, I shop for groceries at the discount stores and holidays – let’s just say we don’t do holidays. But we are not alone. Death by the kitchen table is happening in households all over the country with parents unable to meet mortgages, pay the new taxes and even put food on the table.  In some ways I was lucky that I had moved out of my home into the rented cottage before it was repossessed. I cannot imagine the heartache of a sheriff evicting my family. When he came in August  to take my home I was far away in Dublin filming a documentary about sex (an appropriate contrast I thought at the time).

Ireland will survive but it won’t be because of the austerity policies. No one ever recovered an economy by breaking it further. Ireland will survive because we are an indomitable, creative maverick people. However, we are being let down so very badly by our leaders who refuse to call to account those who lead our country into debt,  who prop up the banks on all fronts and who cannot see or do not care about the thousands of families suffering from debt. It is ironic that our very own Beckett said “Ever tried. Ever failed. No matter. Try Again. Fail again. Fail better” as we are being punished by our own.