On Tuesday April 1, 2014, The Irish Cabinet agreed to reverse the ban on bankrupts running for public office. This is a monumental change. The law has been in place since the foundation of the State. In fact, this law prohibited James Larkin from taking up his Dail seat in 1927. The Cabinet is now rushing through a bill that will alter this in time for nominations for the European Elections on April 17.

This is directly attributable to my legal case in the High Court.  I had brought a case to challenge the ban on bankrupts. Nicholas Kearns, President of the High Court, was unable for time constraints to hear my case before April 17 and so had set a date for July. However, given the incontrovertible case in favour of changing the law, Government acted with sense. Now, that is not a comment I would have thought to have made in recent years. It acted with sense and took action to reverse the ban in time for April 17.

Why did it need to be changed? It makes no sense (there is that word again). A person bankrupted in another country can run for the Dail or remain in the Dail, but if they are bankrupted here they cannot. This archaic law was formed in times were bankruptcy was seen as a moral failure, not a business condition. This change should have been incorporated in the new Insolvency and Bankruptcy laws but was overlooked – along with a whole raft of other issues. I raised the challenge to highlight these new laws which are sadly lacking in common sense. Our Insolvency Laws are still not fit for purpose. A report issued yesterday demonstrates this clearly with only 4 cases completed using the Insolvency Service and more than 60 people using bankruptcy. The laws need to be changed – quickly – to help people in debt. Having been through the whole process I know how to fix it; creating clean, business-like and compassionate law. Law that reflects the society we want to live in, not the polarised version we exist in at the moment

Back to the power of One – If one person can change law, think what many can do. Voting for an independent can make a difference. I have made a difference already – and I’m not even formally on the ballot paper.

Of course, even an Independent needs help and I have to thank the amazing legal team behind the court case: Dr Michael Forde. Richard Humphries, Colm MacGeehin and Ruandhan.

There is a well-documented swing away from political party voting towards Independents, it is coupled with a general feeling of disillusionment and disenfranchisement as a whole. I am not a betting woman but if I were, I would hazard a bet that we will see an all-time low in turn out for the coming local and European elections.

This disillusionment can be directly linked back to the General Election three years ago where Fianna Fail got their comeuppance and Fine Gael / Labour were given a clear and powerful mandate to reverse cronyism and fight for Ireland in Europe. This mandate was totally ignored.

What? Tell lies? Bald and bad political thinking at its worst.

So people moved their support to Independents who were at least not directly culpable for creating the mess or indeed for perpetuating it; independents who were not tied to the party whip and who could vote with their conscience not according to the latest political expediency.

But the big problem facing Independents is that they lack power. Their very independence means they don’t have the big political wheels churning behind them. 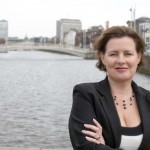