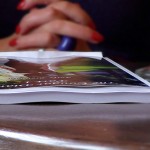 I have been working with South East Television and recently they asked me to interview Irish writer Aoife Brennan, author of The Cougar Diaries. 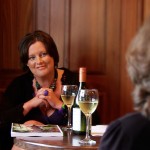 Aoife’s book is fascinating in that she writes from the heart. It is not your normal erotica, in fact it is it quite the opposite as her character faces real life situations and troubles as she tries to discover who she is post divorce. It is also very funny in parts and a little sad in others. 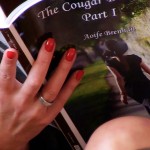 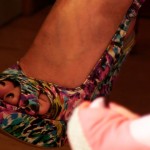 Sadly we had to take down the YouTube link HERE (NSFW). but here is a transcript of the very funny interview – lots of laughter and frank discussion!  Buy the book here (.com) or here (.co.uk)

But last summer all over Europe and by deck chairs up and down by every pool was a copy of the ubiquitous book. People no longer hide it on ereaders, they read it loud and proud.

So fast forward to this summer and reading is again the popular pastime for women. There is endless choice available as everyone and his wife has written a bonkbuster – it’s the fastest growing genre on Amazon and it seems there is no letting up.

So today I am going to turn my attention to an Irish Author who has followed suit – only in a particularly Irish fashion. The book is The Cougar Diaries, Part I and it is by Aoife Brennan.  Critics are giving the book consistent five stars and some even say it’s like Roddy Doyle, with sex.

But while this latest book, the first in a trilogy, is gathering followers, the author is very shy. In fact, the author refuses to be filmed and only agree to the interview on the strict condition that her face is not shown. So ladies and Gentlemen, I give you Aoife Brennan

Or rather – I give you her voice

First of all, thank you very much for agreeing to do this interview Aoife. But I understand that you do not want to be recognised and that indeed you are writing under a pen name. Can you tell me why?

Aoife:    Laughs. There is only one thing more embarrassing than writing a sex book, and that is writing a sex book which no one buys. I believe in my books – all three of them – but I need to sell copies before I ‘come out’   Plus also there is the thorny issue in the country of debt. I have acres of it myself and I don’t want the banks getting their hands on my money thank you very much

Jillian: You are not alone there. But I have to ask you – you used the term ‘sex book’ is it  sex book?

Aoife: Yes and no! I have to confess there is sex in this book. Some pretty graphic sex and lots of it, but it is much more than a sex book. Warning contains plot (laughs)

Jillian: A sex book with plot – how novel! Do tell more

Aoife: Well, I started off writing a non fiction book about my life. I was writing about my divorce, my descent into financial hell, the difficulties of dating again in my forties…when well my financial difficulties became so bad I just sort of segued into a sex book. And it was much more fun to write!

Jillian: So, do women in their forties have sex then?

Aoife: Laughs. Of course. They say that youth is wasted on the young, well so too is sex! The hard part, if you’ll excuse the language, is getting back into the saddle again. You’d think, like riding a bicycle, it would come naturally again – but it doesn’t.

Aoife: Well, that’s the point. That’s why I called the books The Cougar Diaries. They are actually having a lot a sex with men much younger.

Aoife: Laughs – single men in their forties are having sex with younger women – that has always been the way, but now women are doing that too.

Jillian: So there are no forty year old people having sex with people their own age? No, I am messing but I hear your point. There are many examples in the media of older women with younger men, but is Ireland ready to embrace the Cougar culture?

Aoife: It’s already happening with a vengeance. I know many women of my generation who are single. When I told them I as writing a book about Cougar dating, they all came out and said, they were as well. There is a real comraderie between women of this age – there are a lot of downsides to being single in your forties, but there are some very good points too – notably the fun!

Jillian: You mentioned earlier that dating and having sex again was not like riding a bike, what did you mean by that?

Aoife: Well, I was married young but I think sex has changed a lot from when I was dating. It was all so …conventional I think. Now with 50shades and other popular erotica, we’ve opened a Pandora’s box and it’s a lot of fun. People are more experimental and open minded and I think that is a god thing. Sex between two consulting adults should be fun

Jillian: Of course in your book, without giving away the plot, there are some sex scenes were there are more than two? Why did write those?

While I was writing the book, a very good male friend of mine kept on joking and asking if he could help with the research. When I was writing that scene in book one, I kept on thinking of him and changed the storyline with him in mind. It was very funny and when I told him afterwards, he was gutted but I just kept on chuckling! You’ll have to read the book to find out why it was funny though!

Jillian: I  hear there is a another hilarious scene involving a strawberry – it’s even got its own hashtag – #strawberrygate. Care to tell us about that one Aoife?

Aoife: I can’t or I’ll have to kill you!  It is a funny scene though. I was waiting for my kids at training one day so rather than stand in the rain, I hopped in the back of the car to finish a sex scene. It started normally enough but then my wicked sense of humour surfaced and I started writing a different ending than originally planned. I was laughing so hard as I wrote I am sure the other parents much have thought me off my rocker!

Jillian: How do you find writing the sex scenes – is it difficult?

Aoife:  I had written about 10,000 words before the first sex scene reared its ugly head (laughs). I stopped writing and put the laptop away It stayed away for nearly three weeks before I had the courage to begin writing again. Then once I started I just kept on going. It was brilliant – I felt I had faced another challenge in my life and successfully overcome it. I was really energised.

Jillian: Do you get turned on my your own writing?

Aoife:  Well, put it this way, there is a funeral scene in book two – of a minor character I have to add – and I must have cried about five times while writing it. Real tears running down my face. Even when going back to edit it, I still cried – and I knew what to expect (laughs). In the same way, when I a writing sex scenes I have to see myself in situ. I have to emotionally be at the core of every scene, especially in the sex bits. And yes, I find myself being turned on by my own writing. To be honest, if I didn’t turn myself on, who else would enjoy it!

Jillian: At the start of the book, you or Aoife, was very worried about getting naked in front of a man who wasn’t her husband. How did you get over this?

Aoife: A wise man told me once that while having sex men tend to only look at the erogenous zones. They don’t see the belly or the cellulite or whatever is bothering the woman. Moreover men tend to like curves so while you may hate your more than ample size – and a lot of women in their forties are heavier than in their twenties – forget it because your sexual partner is probably quite enjoying it! There is too much pressure on people to be perfect or stick thin. We see it all the time in the media where even the beautiful people are photoshopped into something even more prefect. We have forgotten how to love who we are. As women we tend to be more critical than we should be. After all, we have to remember that the largest sex organ is the brain and the best aphrodisiac is confidence. So go get it girl!

Jillian: You said at the start, Warning this sex book contains plot. Where did you get your ideas from?

Aoife: Well, there is a lot of me in this book. A ‘me; if I was in a bonk buster so I have quite shamelessly used vast tracks of life and experiences in this book. A woman in her forties has a lot more to worry about then just sex, laughs. I mean there are often kids, the legal issues, unhelpful exes, aging parents, money worries etc…. and then the dance with no pants!

A lot of readers have really liked the reality of the plot. Some feel I have stolen their lives but I have just documented a woman’s path through the mine field that is dating in your forties!

Jillian: Ok, I have to ask this question. There is a lot of racy sex in this book, and even more in book two I understand. So, is the sex fact or fiction?

Aoife: Jillian Godsil – if I had written a murder mystery would you have asked me if I had committed a crime!!!

All I have to say on record is – I did lots of research thank you very much,

Jillian: No, actually thank you Aoife Brennan for taking the time to talk to me today. I have read your book and loved it. I think you have stolen my life – except that I have not yet met Chris Sex God!

Aoife: He’ll come. You just give it time.

Jillian: Thank  you Aoife. It has been a pleasure. For those of you who enjoy old fashioned plot with a smattering of steamy smutt, then I encourage you to go and buy Aoife Brennan’s The Cougar Diaries Part I, with part II scheduled for release in the summer and the final part out by the autumn. On all good Amazon online stores …now! 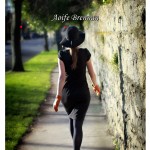