In February I was invited to speak at my alma mater in a competition debate.  This was a bolt from the blue.

Thirty years ago I was an undergraduate in Trinity College Dublin. I read History and English, joint honours, and majored in the former. I joined various societies and clubs, but the one that possessed me the most was the College Historical Society, or the oldest college debating society in the world. 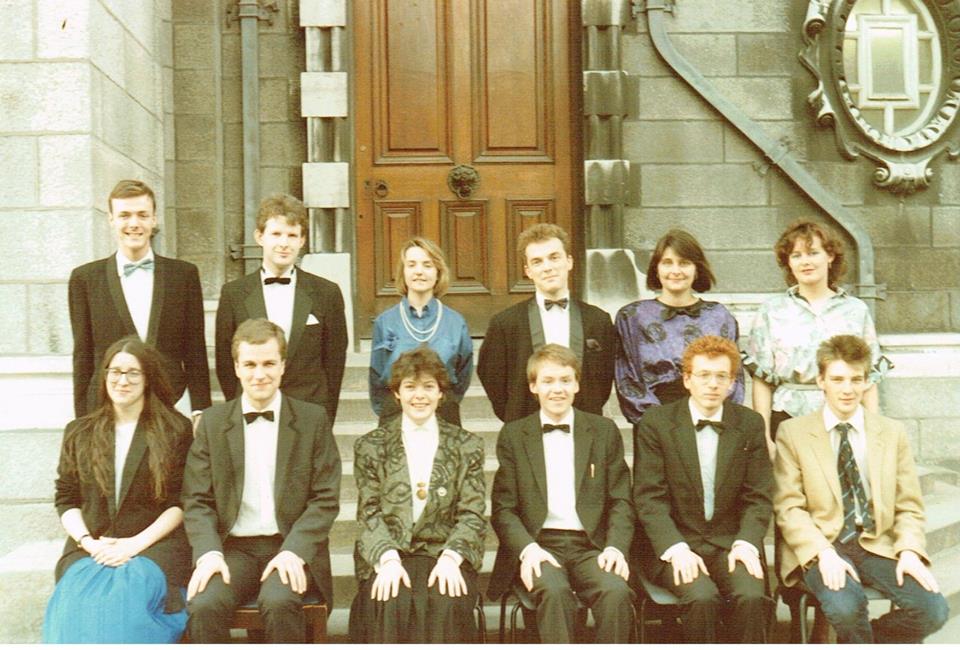 Prizes if you can spot me… 30 years ago

I joined the HIST as it is called and sat through many nights of debates, where the cut and thrust of speakers was thrilling. Parliamentary procedure was followed, with rules and bells and points of information from the floor. Imagine my subsequent disappointment when I first watched televised debates in the real parliamentary chamber in Dail Eireann – the speeches were nothing like the wonderful robust displays I remembered from my college days.  Politicians can disappoint is so many ways.

I became a committee member and from there an officer. I debated a little but preferred to witness rather than contribute directly, so I was very surprised to be invited back to speak in a competition last week.

It was the occasion of the honorary members’ debate. I was indeed an honorary member, or hon mems as we are termed, but I had not set foot back in the chamber since I graduated. Even as an HIST officer I had never debated in an actual competition and now I could barely remember the correct way to open my paper.  A quick run through the names speaking did nothing to allay my fears. Everyone else held a medal for debating, most of them were now professors or barristers and there was even a Supreme Court judge part of the adjudicators.

To make matters worse I was a TBC on the speaking order until the week of the debate.

I was allotted a debating partner, a former auditor, medallist and winner of several debating championships. I wondered what he had done to vex the committee to be paired with me. He did not know the answer to this either but was gracious enough to advise me on what to expect.

I had three days to figure out my speech. As part of my preparation, I had my hair cut and took extra care with my makeup. It was a black tie affair and I thought at least if I looked the part…such are the desperate stratagems of a middle-aged  hon mem. 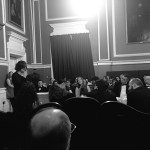 I was up second, presenting the opposition motion. I rose, I spoke and I died. I sadly did not debate. I finished too soon. I quietly gave up my arguments with all the vigour of a retired Sunday school teacher.  When I finished there was polite applause. Then I had to sit through the next ten debaters, blushing as I compared my offering to the subsequent polished contributions.

Afterwards I considered my attempt. I knew I could do better. While not a debater, I was also not such a wall flower. I put my request to the Record Secretary, the person responsible for inviting me in the first place. There was a another debate planned before term was over, this time on women’s role in fiction, and as I had written erotica, he felt I might something worthwhile to say.

I wrote to the Auditor and expressed my interest in returning to the scene of the crime. Her reply was classic – She thought my contribution would be most interesting as I was an INTERSEX.

This stumped me. This threw me. I puzzled over her email for hours.

My first thought was my desperate stratagem of looking good had been too good and somehow I had managed to slip into drag queen territory.

My second thought was that I had a good friend who is indeed Intersex (and probably unique in Europe)and maybe they had confused us.

My third thought was that I really only going to be invited back if I was very different and I had struck out again.

I wrote sadly to the Auditor saying I was boringly female, mother to two children and not even lesbian. I waited for her reply.

When it came I laughed out loud for a long time. Predictive text was responsible and far from thinking I was an Intersex, she thought I was interesting.  So now my only question is should I go for the drag queen look or au natural.

The jury is still out!

At the Inauguration of the College Historical Society with @carolmhunt pic.twitter.com/Fu8ma4fBE7

“You need to be the hero in your own life”. Jillian Godsil at @TheHist@tcddublinhttps://t.co/0c83fmnMXz

You can decide if I improved or not…

Inaugural debate (I’m on at 45 minutes)