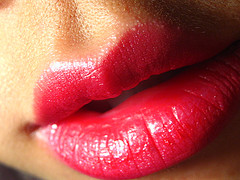 Yesterday I was invited by Planet Korda to come share my filmic experiences for a documentary called ‘See you at the Pictures’. I had seen the tweet calling for people to be featured and had wracked my brains to think of any interesting anecdotes to tell. I love films, proper ones, but go much less frequently than I might. Living in the country contributes to this, although when I lived in Raheengraney House we had our own home cinema in the basement. The big screen in the low ceiling room with huge speakers and sub woofers and other pieces of canine sounding technology quite beyond me, created a pretty amazing cinematic experience. The large, old and tatty grey elephant leather sofas made for comfortable reclining and of course since we were at home all manner of refreshments were on hand.

Since quitting Raheengraney, I have been forced to attend the real McCoy to see films. My children often watch films online but since our taste in films is quite different, this is not a natural combination. I don’t really like romcom (especially bad romcom of which there is a lot), actively dislike slasher films, and those superhero remakes leave me quite unmoved.

Anyway, back to the question posed by the Tweet. It wanted to know about film experiences. I tried to think of any that would bear telling or retelling. It is one thing to critique a film, quite another to share the experience of the film itself. I put the question to one side and continuing working. Later, as I prepared to finish for the evening, I suddenly remembered The Rocky Horror Picture Show. Aha, now that was definitely worth sharing and I dashed off a reply to that effect.

A month later I got an email from a researcher asking if I would be filmed for the documentary. ‘Lovely,’ I said. ‘Great,’ I said. ‘Sugar,’ I said. ‘I’d better go back and view the film,’ I said.

In the thirty years since I had last seen the film, as I had only ever seen it once, while the world and I had changed massively, the film had not. What was interesting was that so much of it resided in my memory. How many films can be watched once and remain so vividly in the grey matter?  It was also interesting to compare the world, the film and I and see which had aged the best. In short: The Rocky Horror Picture Show. Even with its clumsy parody, coquettish acting and aping story lines, it has an energy that defies its age. Every dance number kicks up its heels and pounds out a thumping lively beat and has the film goer at home itching to dance as much as the audience participating at the venues.

I watched the film and felt modern parallels. I wondered if in years to come we would remember as fondly doing the shuffle as the time warp. LMFAO is sure that everyone is shuffling but maybe it will take a film to etch that particular dance onto the retina of a shared communal memory.

So armed with the film refreshed in my brain once more, I ventured to the Irish Film Institute to meet the director and participate in the filming. I arrived just on time, having wrenched myself from an earlier overlong meeting, and skidding in to the IFI with moments to spare. That is, until I met the researcher only to be told the filming was an hour behind schedule. Blast. I had brought no note pad or book. The battery on my iphone was low. It was raining out and I had no umbrella. Well, drizzling, but I didn’t want to be filmed looking like a wet bedraggled thing.

I had a coffee and planned my next hour. You have to understand I don’t often get free periods. My days overlap at an alarming rate and still never complete on time. Finally I decided to buy a book. Actually I wanted to buy a book of poetry for a course I am attending at the end of the month by Irish Poet Dave Lordan. Problem solved. I pulled up the lapels of my leather coat and sticking close to the edges of the buildings made my way to the Oxford second hand bookshop nearby.

Of course the poetry book was not there, so I looked at the fiction section. Nothing really caught my eye although I did note that I had read and indeed owned quite a number of the books on display. This was obviously a book shop that catered for my tastes. Then I spotted it. A book by Caroline Grace-Cassidy called When Love Takes Over.   Wow. I had met Caroline recently and we had hit it off really well in February. I had so meant to buy her book. Great. I went to pay for it but the woman on the till asked me where I had got it from. I pointed back to the missing space. ‘Oh, you can get two for a tenner,’ she said, ‘or one, but two is better.’ Two is indeed better and so I retraced my steps and then spotted on a connecting shelf The Holy Thief by William Ryan. William is a good friend from college, although I haven’t seen him in years, and I had also promised to buy his book. Double wow. Of course I must now apologise to both Caroline and William as I am not sure what royalties if any revert to them from second hand book stores. None I suspect but I will read and eulogise enthusiastically once consumed. I promise.

So coincidenced, I returned to the IFI intending to begin reading, while at the same time undecided which one to begin, but I was met by the researcher to say things were back on track and could I come now and be filmed. ‘Yes,’ I said worried superficially if my hair had suffered from the light Dublin rain. I gabbled on about my book coincidences while wondering out loud at the same time if age alone means that friends will get into print. If I live long enough on this planet maybe I will know a rake of published authors. It is a nice thought, especially if the same aging process will allow me to join their number.

I met the director, Jeremiah, who said, ‘Columba’. I thought it was a memory test and quickly retorted ‘Magenta’, another of the supporting female characters in The Rocky Horror Picture Show. And then it transpired he wanted to know if that had been the character I’d dressed up as when acting in the audience. Oh, my bubble burst for I had not been one of the intrepid and dedicated people that donned costume each week to act at the showing. I had only viewed the film once as a young seventeen year old. It had made its mark, but I had not returned the favour.

The term ‘ending up on the cutting floor’ is very evocative and I suspect my ramblings will do just that, but I have two fine books in my possession that a frantic life had so far impeded me from buying. And so while my filmic experience may be of limited interest, I hope my future readings will prove the opposite.

See You at the Pictures!