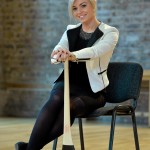 A career as a professional sports star is something that children dream of. But what happens to sportspeople when age catches up with them?

Last month, UFC fighter Conor Pendred announced his retirement, aged just 28, stating a lack of passion. “The time is right to close one door and open another,” he said. And making that decision may have been a tougher struggle than any of his cage fights.

Closing one door can be painful but making the transition to another career can be helped if the skill sets used in sport can be used in the next competitive arena. If sport is competitive, so too is business, and the will to succeed in one area will often lead to success in the other.

But are they directly transferable?

Aidan McCullen, director of digital innovation at Communicorp, suggests that not all sporting skill sets may not directly map onto business.

“I played 10 years of professional rugby and by the end I could do a mean spin pass off my left hand. I’m not sure that had deep resonance with the advertising industry.”

McCullen’s joke masks a modest approach to his sporting career but the same mindset that allowed him develop a solid spin pass also allowed him succeed in business.

“If I was going to do anything, I would do it with a passion,” he says. “I fell in love with rugby at an early age. Everything revolved around the sport.”

To illustrate this point, McCullen recalls a chore of chopping wood blocks into quarters as young boy. He had to load the sticks into a wooden shed with a broken window, but rather than carry the sticks inside for storage, he lobbed every one, all 300 or so, via the narrow opening to practice his passing skills.

“I don’t think I was the best player. In fact, many of my rugby contemporaries might have been surprised at the extent I was able to play professionally over the decade,” he says. “But I set goals and I hit them pretty much, with a degree of luck, on the sporting field.”

“I was interested in advertising but knew nothing of the industry. I used every networking device possible to meet with people in this area and saw that digital marketing was the new area – no one really knew that much about it, which meant I could apply with a degree of confidence.”

McCullen was hired as an intern, aged 31. He worked every job, every admin role and every boring logistical task with the same intensity as he had lobbed the logs as a young boy.

“It’s all about the mindset,” he says. “That and support of other people, people who will give you a chance. Having worked hard but been given chances, I am very keen to pay it forward.”

Players on the pitch operate as part of a team, but what if your chosen area was in officialdom?

Alan Lewis played international cricket from 1984 until 1997 – but the following year he moved into referring in rugby, also at international level. Being a ref had a huge influence on his commercial career, running the family insurance brokers, LHW.

“I call referring the art of persuasion,” says Lewis, “and it is exactly the same in business.”

Over his 13-year career as a referee, Lewis says that preparation was the key to his success.

“I studied the two teams in advance, wishing to anticipate every eventuality that might happen on the pitch. It’s exactly the same in business. If you don’t prepare before your meetings, you may as well not bother.”

If preparation and anticipation were key elements of his sporting canon, then analysis after the event was his bible.

“I can’t get it right all the time, and in refereeing this is a very public platform. But if I did make mistakes, I needed to figure out where I went wrong, so as to avoid repeating them.

“In business, this is exactly the same. Not every meeting can be a win – but if we lose, then we need to understand why and make sure it doesn’t happen again.”

Alex Butler is a national champion showjumper. Last September, he won the Premier Series of showjumping on Hallowberry Cruz; an honour he had won three years previously.

He has jumped at the top level across Europe, representing Ireland abroad and at home. Aged 28, he is in his prime – but he must also make a business from his passion, especially as he does not come from money.

“It is possible to make a living from showjumping, if you are good enough,” says Butler. “But I want to make a good business from my passion. I don’t just want to feed myself – I want to be successful.”

That same success at showjumping has been translated into his yard outside Staffan. He has 16 stables and a fully equipped yard – but that does not come cheap. His horses are a mixture of clients’ and his own, sometimes he has shares in both. He says he is lucky in his jumping.

“If I had not had the success, than it would be harder to attract good horses,” he says modestly. His business skills extend to picking good animals and producing them to the highest levels, but he leaves the admin to his partner. “I’d rather be on a horse than in an office any day,” he says.

For female athletes, the exposure is not as prominent – but the lessons are just as relevant. Jenny Byrne, a former international soccer player, founded SEIFA (Supporting Elite Irish Female Athletes) this year to highlight the discrepancies and increase support for female athletes.

An inaugural Inspiration Award went to Cork camogie player Anna Geary, who has a long list of awards and achievements. Her experience of working full time in HR, playing full-time for Cork and doing a part-time postgrad degree meant she had to learn to juggle her time.

“Sport taught me how to manage stress and my time,” Geary says. Although it seems even in sport, women must multitask…