‘Power of one’ can make a difference, so think what big business could do on climate change 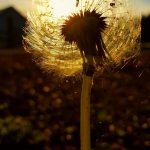 I read a beautiful piece of writing yesterday. It was by the American author Clarissa Pinkola Estés. She wrote a celebrated and exotically titled book called ‘Women Who Run With the Wolves’. I bought it in Australia many years ago but read only the opening chapter. When I lost my house I gave that book away. It is a shame because I think I might now based on the piece I read yesterday.

Estés wrote a short essay called ‘We Were Made for These Times’. Contrary to our fears, she argues we were made for today and triangulated a beautiful conceit in which we were meant to let our souls shine, that others would join in and like an army of glow worms we would spread out as a protective blanket over the worn old world. Each glow worm would attract and light the next worm in an exploding sea of beauty and enlightenment.

In her essay, she argued we could become a flotilla that grew one by one. “Struggling souls catch light from other souls who are fully lit and willing to show it. If you would help to calm the tumult, this is one of the strongest things you can do,” she writes. And she encourages us to hold fast in a powerful statement: “When a great ship is in harbour and moored, it is safe, there can be no doubt. But that is not what great ships are built for.”

The power of one multiplied into many is the glory cry of our lost generation. The Dalai Lama is supposed to have said that size is not important. He compared the impact of a single tiny mosquito when trapped with a human being inside the protective mosquito net. He challenged us to believe that we could be enough, be powerful enough and make that change.

This is where Norman Crowley enters the stage. A serial entrepreneur with a flotilla of extremely successful businesses of his own in his wake, he has stepped into the climate change arena. Founder of Crowley Carbon, this West Cork businessman has created a technology company that saves large companies hundreds of thousands in wasted energy. In fact, such is his determination to strong-arm ‘Captains of Industry’ to turn off the fossil fuel tap, he promises to pay them if he does not save them money.

It’s a no-brainer, so it would seem. Engage with Crowley Carbon and save up to 50pc off spiralling energy costs. And if that doesn’t happen, then Crowley Carbon will pay you the missed savings. Except it’s not happening. Many, if not most, multinationals are stuck on small, single-digit reductions in energy usage. They puff themselves up on their miniscule saving and present it proudly like a school child in show and tell.

Norman travels the world talking about the issues. He has put his own money where his mouth is. Hell, he has even founded a not-for-profit foundation opening in Powerscourt in early 2017. Called Cool Planet Experience, it is Ireland’s first interactive climate change exhibition. He tells the ‘Captains of Industry’ that 97pc of all scientists believe in global warming (sorry, Danny Healy-Rae); that global temperatures are increasing year on year; that half of the global ocean heat increase since records began has taken place since 1997; that tropical diseases are on the move; that climate has as much to do with refugee displacement – if not more – than war; and it is predicted the earth will be incompatible with organised human society by 2050.

He blames lizard brains. What else can make sense? We all have them. It reduces our concerns to the immediate, the necessary, to the end of the week. You think that those horrifying statistics might wake up the consciences of big business and big government capable of doing big things. But no, those pesky lizard brains mean the current outbids the future. It is a losing bet and the house always wins. We have quotas imposed from every angle to reverse our climate change. World bodies, political agencies and global coalitions impose regulations on countries, institutions and businesses. We have quotas that are timid in their ambitions. Improvements and reductions are sought in low, single- digit steps.

And so hearing global executives telling big-swinging-mickey stories about their 2pc achievements is risible. Even Donald Trump would not boast about a two-inch appendage. It is simply not enough.

It is time for the ‘Big People’ to stand up and make a difference.

Norman Crowley was the keynote speaker at the 2016 Energy Symposium held in Cong, Co Mayo, on October 14