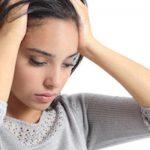 Awareness of workplace bullying is much higher although proving it legally is still a very tough process. According to the Supreme Court the definition of bullying is repeated behaviour that ‘must be outrageous, unacceptable, and exceeding all bounds tolerated by decent society.’ Often employees may endure treatment that is annoying, upsetting and perceived to be personal but according to Justice Peter Charlton the test for bullying must of necessity be set very high.

So while the legal route may be fraught with difficulty, research points to the ongoing negative impacts of bullying in the workplace. The ERSI report on ‘Bullying in the Workplace’ from 2007 highlighted some very interesting statistics including that women were more likely to suffer bullying than their male counterparts, in fact the risk was almost double with 10.7% of women more at risk than 5.8% of men.

60% of the 3,500 respondents interviewed considered quitting their jobs as a result, while 15% actually did leave. Not surprisingly 20% said they had taken sick leave directly as a result of the bullying, with a further 48% saying the bullying had a detrimental impact on the lives outside of work.

Where bullying does exist – in the definition of repeated, unacceptable behaviour – the negative impact on the individual can be severe. The difficulty can be compounded as bullying by its nature tends to be directed at an individual rather than a group. This can lead fellow workers to being conflicted in their support of the individual or in the criticism of the bully, especially as the bully is normally in a position of power.

Other workers may sympathise with the victim but may not want to get involved, would prefer to keep their head down or just do not want to be on the receiving end of the same treatment.

I recently had occasion to visit my GP relating to work related stress and sickness. He diagnosed my condition immediately and was able to provide me with a certificate stating my illness due to stress. I pointed out that I was still able to work but was not well as the result of what I personally termed workplace bullying. My GP agreed with my determination but gave me very good advice.

He first of all advised me to collect my medals as he termed it. Reach out to fellow workers and colleagues with whom I had a good relationship and secure their recommendations formally or informally. Then his next piece of advice was very sound. People, good people, will not fight your battles he told me. They just won’t. And you can’t expect them to, regardless of the rights or wrongs of situation. He let that advice sink in and it resonated with me. Actually, in some ways it reminded me of my divorce. It doesn’t matter about the details people will not get involved and with good reason for the most part. It is the same with workplace relationships.

I then sought advice from a solicitor on this topic. I presented my evidence and she was also in agreement as to the levels of behaviour. As I was not an employee, I could not resort to constructive dismissal. The legal route was to pursue a personal injury claim. Of course, claims through the courts are difficult, expensive and as was pointed out at the start, near on impossible to prove.

I also did not want to argue that I had been damaged – irreparably as to the claim. I was frustrated, I was angry and I wanted to stop the behaviour – not to pursue monies and not to say I was injured. It would have felt like claiming whip lash after a nasty prang in my car. The experience might have been painful but I was not scarred for life. I had learnt lessons but I was not going to be wearing a neck collar for the next six months.

Another visit to a mediation expert presented an alternative way. Louisa Meehan of Woodview HRM was very focused on her advice. ‘Protect yourself,’ was her first and last word on the subject. Harking back to the ERSI survey her advice made good sense. When bad work experiences seep into every life, then it is time to make a decision.

‘Sometimes, if the conflict is pronounced and with a senior executive, my advice is to bail,’ she says. ‘Tackling bullying head-on can be a very lengthy and difficult process, and your energies might be better placed looking for alternative employment.’
Of course not all cases are hopeless. Meehan advocates mediation as a much more effective route than legal and much more cost effective as well. According to the Mediation Institute of Ireland, more than 80% of cases involving mediation go on to be successful concluded.

‘Mediation is all about finding the best possible solution for both parties,’ says Meehan. ‘Its role is not to make the sparring individuals best buddies nor is it to punish one or reward another. It is to look at the working relationship and see where it had broken down. Often, the perceived behaviour of one can be quite different from another perspective. We work with both parties’ world views and then construct a bridge. It can be as simple as that.’

In my own case the cause of discomfort was removed when my services were no longer required. On one hand, I no longer faced the repeated behaviour that I personally viewed as bullying. On the other, I was not able to push through an investigation that would have evaluated the situation and proven one way or another if the bullying was there. As with all these disagreements there is scope for losing as well. However, that truth is denied me now which is almost as galling as the behaviour in the first place. Now where did I put that neck collar…?