Gianni Matera is a man who knows what he wants – three or four ponies would suit him very nicely thank you. Only he is not speaking of our four legged friends but of startups valued at between $10million and $100million. The term ‘pony’ was coined by US money man Dave McClure of 500startups fame back in 2015. Ponies grow up to be Centaurs, valued between $100million and $1billion and then a lucky few make it to the Unicorn stage of $1billion plus. 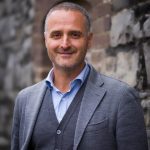 Matera, an Italian entrepreneur successfully sold his last company, DigiTouch, in 2007 for €44million and decided to look for a life and career outside of Italy. He chose Ireland as his new home because of the ease with which he fitted into Irish society, the support of Enterprise Ireland (EI) and the close business connections to the US.

For the past two years he has operated as a Super Angel Investor in Ireland through his fund Growing Capital. He has invested a total of €4.8 million in 14 startups of which €2.2 million came from his own personal wealth; €1.5 million came from EI (HPSU Fund) and the remaining €1.1 million from the European Angel Fund.

Actually Matera is EI’s biggest fan.  He points to its very successful engagement, especially at seed and pre-seed level. Reports demonstrate that EI on average does 100 deals per annum in seed funding. This compares very favourably with a cumulative total for the whole of Europe for similar deals resting around the 1000 to 1500 mark

Matera chose Ireland also because he could see better value than in the neighbouring UK. ‘It’s like real estate, I could buy better property for less money here than in London for example,’ he says.

He also believes that Ireland is closer to the US than other European countries. ‘There are many connections with the US and a willingness for founders and their startups to move stateside,’ he says. ‘It’s a no brainer – by moving to the US, startups can avail of more capital, under better conditions and earlier in their journey.’

Matera has learnt a lot in the past two years:  ‘I have learnt to refine my decisions on how I invest. It is a tough road, as much for the founders as for the angel investor.’

Sleepless nights and a war zone are words that he uses to describe his journey. He was motivated to want to give back some of his success but he is now content to wait out the exit rewards that should come to him hopefully in the next three to five years. ‘From around 2020 to 2022 I shall know if I have been successful,’ he says. ‘Just getting my money back would be a failure, doubling my investment is okay but in reality a return of between seven and 10 million euro would make me very happy.’

Part of his journey has been to shift the percentages of investment. ‘When I first began I invested 50-50 with EI,’ says Matera. ‘However for the second tranche of my investments I linked up with a new initiative called the European Angels Fund (EAF). That allowed me to bring in another pot of money reducing my input down to a more manageable quarter.’

EAF is an initiative advised by the European Investment Fund (EIF) which provides equity to Business Angels and other non-institutional investors for the financing of innovative companies in the form of co-investments.

The EAF conducted vigorous due diligence on Matera personally. After that, they took his advice on the target startups without having to evaluate his choices.

‘I learnt to be ruthless too,’ says Matera. ‘There is a culture in the US that only allows one round of investment at each stage. They call companies that fail to make the next level the walking dead and faced with that stagnation it’s a simple up-and-out for investors.’

In Ireland, this ruthlessness is less evident. Startups can return to the well for increments to get them up to the next level. This is fostered in part by various tax schemes which allow family and friends to lend money and avail of serious tax respites.

‘This abundance is good for entrepreneurs who are looking at lifestyle choices especially if they are working in industries that tend to scale slowly such as food, makeup or fashion,’ he says. ‘However, when I hear a pitch that stresses the positive social impact or employment then I am out the door. For an Angel Investor the best number of employees is zero on a scalable business.’

There are a number of key attributes that he looks for in his founders and their startups. First he demands the startup must already be viable and showing a minimum of €5,000 per month in revenue.

‘I want to identify a founder who has already seen a problem, has found a solution to it and also has customers paying for it.’

The business has to be scalable quickly, preferably within 18 months to target revenues of €50,000 per month making it Series A investment-ready.

‘My founders must have a clear vision on how to make money,’ says Matera. ‘I have no use for dreamers. I want to see the spread sheet already populated.’

Matera also favours founders with good social capital. ‘If you are on Linkedin with five friends then forget it.’

Balance is another important feature. ‘A founder must be visionary but also coachable. He must be optimistic, a risk taker and be able to manage ambiguity,’ he says.

With regard to his role with his startups Matera does not believe in being on the board. ‘So I sit on the board and meet twice a year, what good is that? If I can make changes by doing just that then there is something wrong in the leadership and strategy of the company. ‘

Matera has stopped investing now. The companies that survive and grow will need future funding. He may dilute his equity or part-invest on a case by case basis.

‘The common advice is to invest 10% of your net worth and then stop,’ he says. ‘I have gone a bit above that so I am not looking at any more new startups.’

Matera is relieved the two years are up. ‘It was a steep learning curve and a number of my investments have failed already and that is difficult as it is my own money.’

‘Actually,’ he corrects himself, ‘it is not my money but my daughter’s inheritance and I have spent enough already.’

While Matera is stepping back from investing his next roles are to be cofounder to a number of businesses. There are three currently ranging from financial services, energy efficiency and trading. He found these businesses in his investor search and in each case felt he would offer better value as a co-founder rather than a money man.

‘Up to a point, I enjoyed my two year odyssey,’ he says. ‘I met a lot of interesting people and viewed many fascinating ideas. I am happy with my decision to pursue this route but you’ll have to wait until 2022 before I will tell you just how happy I am.’