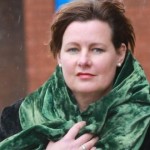 A woman has been awarded the costs of her legal challenge which prompted legislation allowing undischarged bankrupts to run for Dáil and European elections.

Jillian Godsil — an Independent who stood in the European and local elections last May on an anti-debt platform — had asked the Supreme Court to award her the costs of herHigh Court challenge which was withdrawn when the Government changed the law. A three-judge Supreme Court unanimously ruled she is entitled to her full High Court costs. She was also awarded her costs in the Supreme Court.

Following the withdrawal of her action when the law was changed last year, the President of the High Court, Mr Justice Nicholas Kearns, said she was only entitled to the administrative outlay costs, including stamp duty on filing documents.

Giving the Supreme Court’s decision awarding her all her costs, Mr Justice William McKechnie said Ms Godsil had been “directly instrumental” in bringing about a change in the law relating to bankruptcy which had stood since 1923. While such a result was not without precedent, it must surely be unusual, he said.

He could not see why “costs should not follow the event”, a standard phrase in law which means the loser pays the costs.

Given the facts of this case, and the absence of any disqualifying conduct or factors, he could not find anything which “either in justice or in logic would justify anything less than a full cost order in this regard”.

It was not necessary to address Ms Godsil’s argument that she should get costs because the case was brought in the public interest, Mr Justice McKechnie said.

Ms Godsil’s home in Wicklow was repossessed in 2013 and she applied to be declared bankrupt in February 2014 but found this disbarred her from running in the European elections, although not in the locals. She polled 9,179 first preferences in the IrelandSouth European constituency and 193 in the Baltinglass local election area.

In her appeal to the Supreme Court, she argued the Government had given no indication it would rush through a change in the law or even indicated it was considering such a change. As a result, she had to bring her legal challenge. Costs should also be awarded to her because the case was taken in the public interest, she claimed.

The State opposed her costs application saying she “waited until the last minute” to bring her challenge. The Government had moved expeditiously to change the law, it was also argued.